"Where it all began"

The Brandskär 28 was our first boat inspired by fishing and diving far off the west coast of Sweden.

OUR FIRST BOAT WITH AN AWARD-WINNING DESIGN

The Brandskär 28 was our first boat inspired by fishing and diving far off the west coast of Sweden: activities that stipulate stringent requirements for design and maneuverability. The boat had to be able to carry the weight of multiple people pursuing outdoor activities such as sports and lobster fishing. The first series of the 28 was an open-deck boat with a pulpit that was capable of handling tough weather conditions while keeping the boat’s deck dry, even in rough seas. The boat soon became a favorite in the diving industry, since it could handle big, heavy loads, and it was easy to move around on board. The boat was able to move rapidly over great distances, even with many people on board, and became extremely popular. There were soon calls for a simpler cabin with a canopy solution. Testing showed that this was simply not an option for a boat that had to handle tough weather conditions at high speeds. After initial drawing and testing, Brandskär developed its classic signature: the fixed roof/hardtop, along with a new kind of pulpit. This change meant that passengers could be protected from the weather and wind without losing the ability to move around and be close to the water. The pulpit’s design allowed for a simpler seating area on the foredeck, and significantly improved the lower cabin space, without affecting the ability to move around up on deck. These smart solutions led to the Brandskär 28 winning accolades for its well thought-out design in 1990. 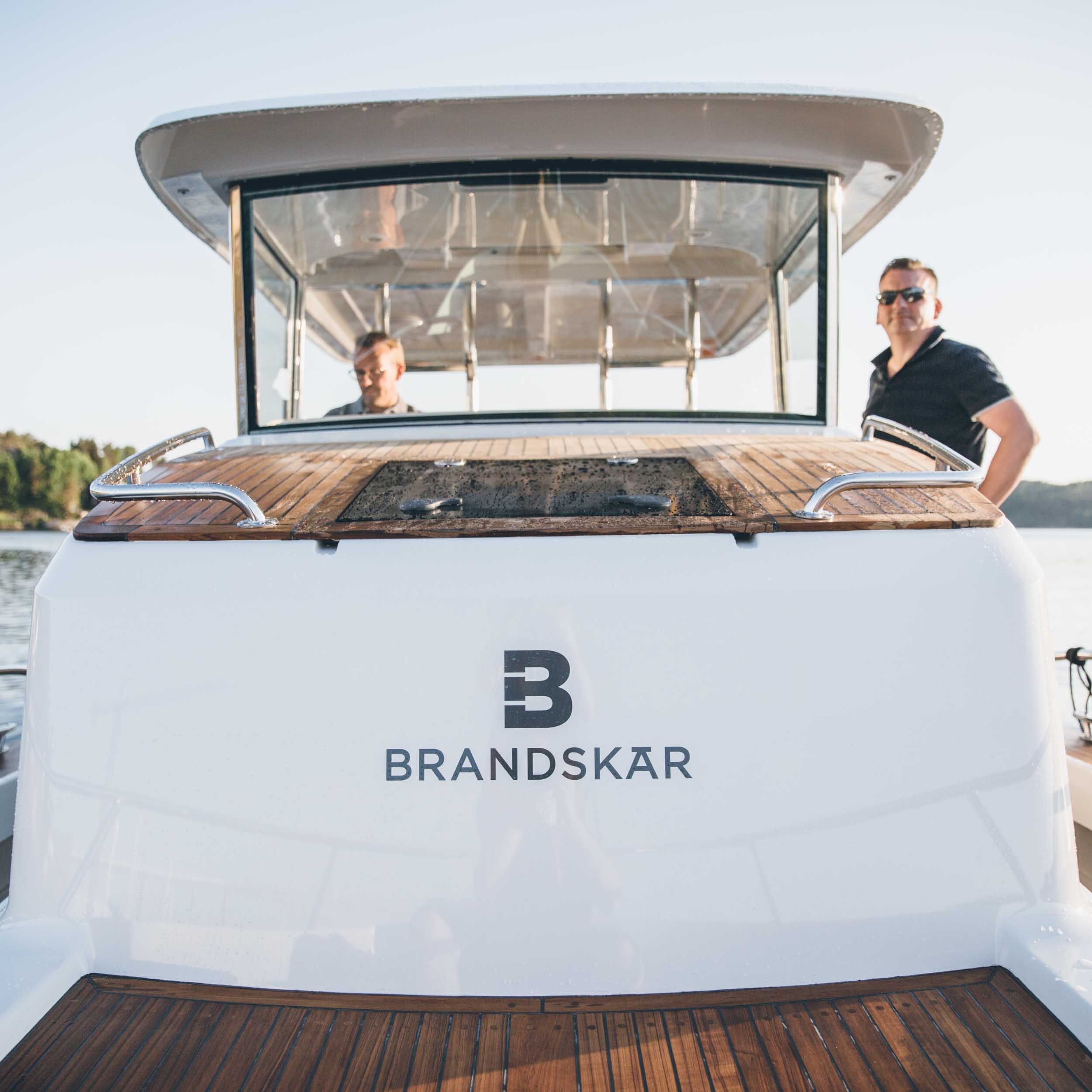 Want to experience a Brandskär for yourself?

Just like the sea, it’s best to experience a Brandskär for yourself. Contact us for a private test drive and visit to our yard on Vindön